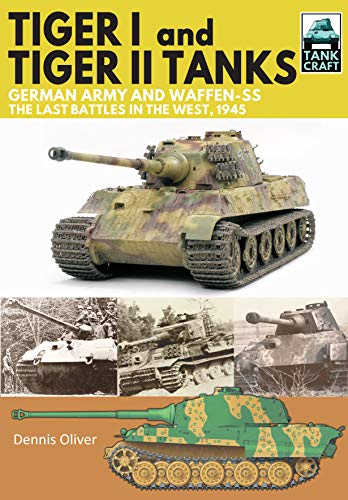 Críticas This book covers the last battle of the Tiger tank units in Western Europe during 1945. It also contains extensive information on building models of these vehicles. --WWII History Magazine Reseña del editor Tiger tanks were among the most-feared fighting vehicles of the Second World War and they gained almost legendary status, yet they never fulfilled their potential because they were not produced in sufficient numbers and the tide the war had turned against the German army by the time they were introduced. Often they were deployed in difficult circumstances and in defensive battles, struggling against the odds. Nowhere was this more true than in western Europe during the Allied advance across France and into Germany, and it is the Tigers of this phase of the war that Dennis Oliver portrays in his third volume on the Tiger in the TankCraft series. He uses archive photos and extensively researched colour illustrations to examine the Tiger tanks and units of the German Army and Waffen-SS heavy panzer battalions that struggled to resist the onslaught of Allied armour and air attacks during the last days of the conflict. A key section of his book displays available model kits and aftermarket products, complemented by a gallery of beautifully constructed and painted models in various scales. Technical details as well as modifications introduced during production and in the field are also examined providing everything the modeller needs to recreate an accurate representation of these historic tanks. Ver Descripción del producto